If all motors are running in parallel, they can be configured to the same channels. Then it is only a physical limit to the number of motors you can connect to one universe.

If each motor needs individual velocity, acceleration, position, and command they each need 5 channels each and 102 motors can be enabled on the same universe.

There is a lot of combination possible with the DMX 512 bus. With clever planning it is possible to control a lot of motors from the same master.

Each channel consists of 10bit data and with a bus speed of 250kbit/second there is a theoretical update frequency of 48,8 times a second equal to complete universe update every 20,48ms. 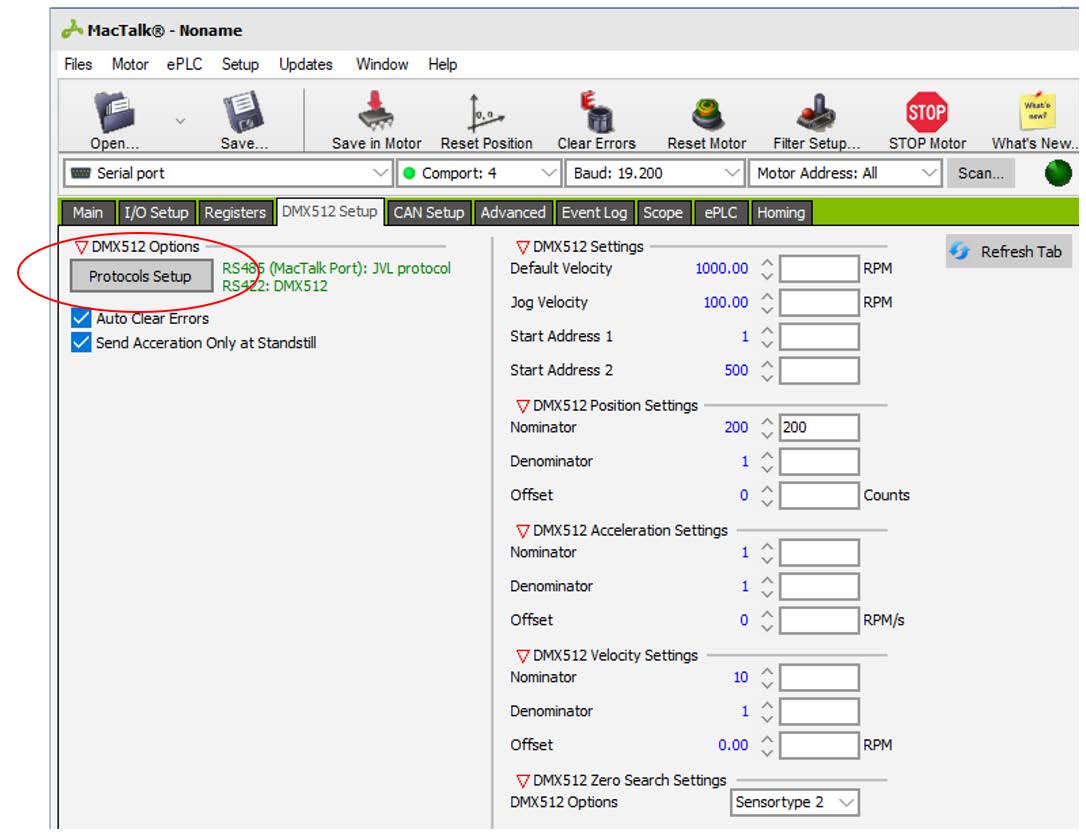 DMX512 (Digital Multiplex) is a standard for digital communication networks that are commonly used to control stage lighting and effects. It was originally intended as a standardized method for controlling light dimmers, which, prior to DMX512, had employed various incompatible proprietary protocols. It soon became the primary method for linking controllers (such as a lighting console) to dimmers and special effects devices such as fog machines and intelligent lights. DMX has also expanded to uses in non-theatrical interior and architectural lighting, at scales ranging from strings of Christmas lights to electronic billboards. DMX can now be used to control almost anything, reflecting its popularity in theatres and venues.

DMX512 employs EIA-485 differential signaling at its physical layer, in conjunction with a variable-size, packet-based communication protocol. It is unidirectional.

DMX512 does not include automatic error checking and correction, and so is not an appropriate control for hazardous applications, such as pyrotechnics or movement of theatrical rigging. False triggering may be caused by electromagnetic interference, static electricity discharges, improper cable termination, excessively long cables, or poor quality cables.